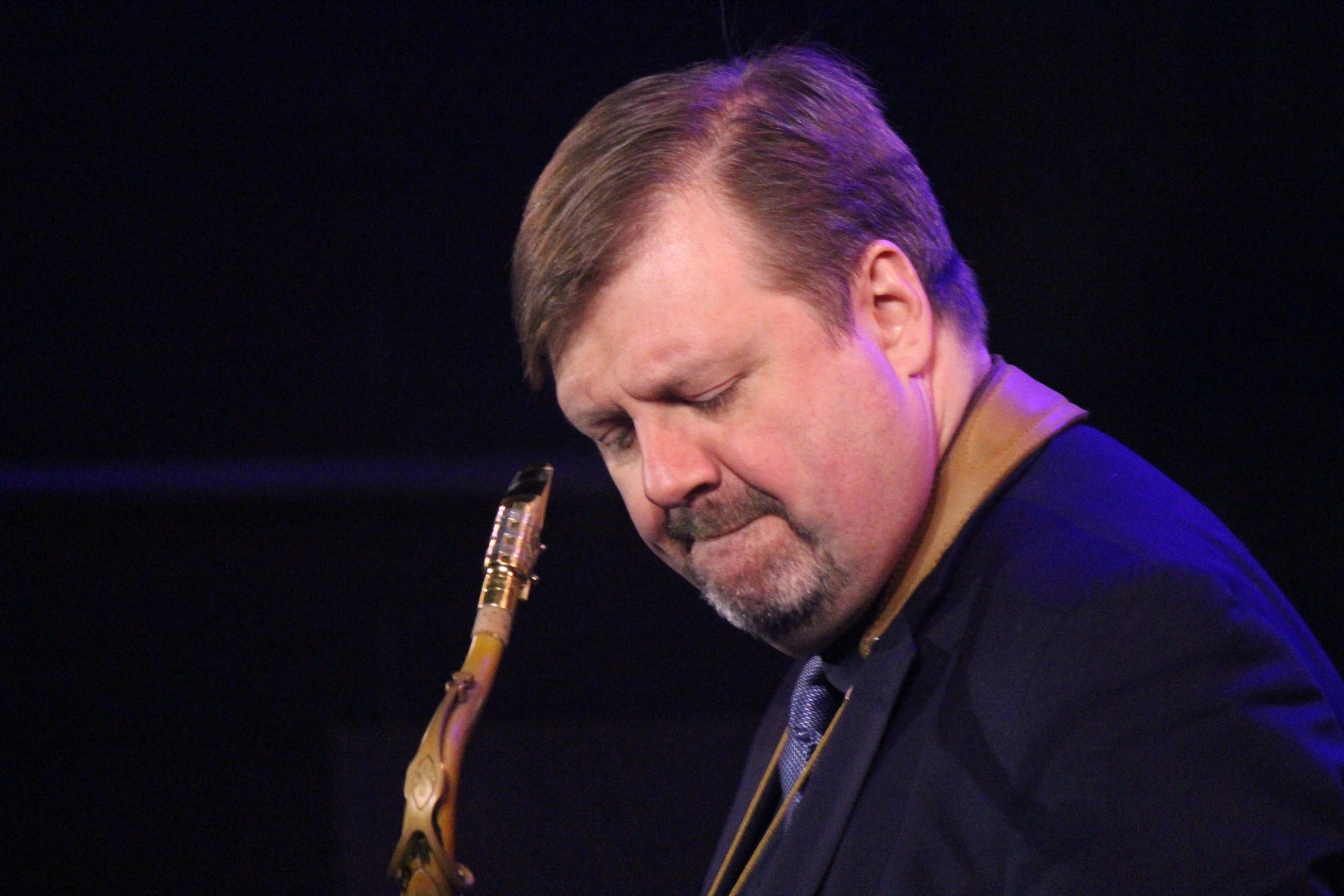 A regular on the New York City club circuit, award-winning saxophonist Joel Frahm has appeared alongside noted jazz artists such as Brad Mehldau, Bill Charlap and Matt Wilson and has recorded with Dianne Schuur, Freddy Cole, Jane Monheit and others.  He has performed at night clubs , music clinics and jazz festivals around the world. Fans know him for his big tenor sound - fluid, inventive and full of passion.

Out of concerns for audiences and performers, many clubs have been closed and events cancelled because of the Covid-19 pandemic.  Please check back periodically as events are rescheduled.

Joel appeared in a virtual online performance by the Prime Rib Big Band sponsored by the Ottawa Jazz Festival. You can listen to the performance along with an interview with Joel here.

"The point of this music is to play joyfully..."

Joel talks about his early influences in jazz and offers advice to young players in this podcast from New York City's Smalls Jazz Club.

A Life in Jazz

Joel talks about the music that inspires him in a wide-ranging interview written by Peter Robb of artsfile, a Canadian   media company covering the arts in Ottawa, Ontario.

Joel appeared with the  Brad Mehldau Quintet at the 2019 Ottawa Jazz Festival. Here is a review.

Joel is one of several guest artists on  Brad Mehldau's "Finding Gabriel," which won a 2020 Grammy award as "Best Jazz Instrumental Album."  Joel also appeared on the Dafnis Prieto Big Band album, "Back to the Sunset," winner of a 2019 Grammy and was a featured soloist on the 2019 Grammy-nominated album, "My Mood is You," by vocalist Freddy Cole.

Joel is a member of Toronto native Ernesto Cervini's Turboprop band, whose recording "Abundance" won a 2020 Juno award, Canada's equivalent of a Grammy.